My Station is licenced under two callsigns

G8NXD (issued in 1977) was a Class B VHF only Licence. It is now a full all bands licence with a maximum power of 400W

The station is located in the village of Fourlanes, which is 650 feet ASL and has Sea Views from West through NorthEast. Unfortunately West through South to NorthEast is obscured by the hill rising another 50' making VHF operation a little difficult, as do the five Television and six FM broadcast Transmitters, not to mention the Emergency services, CellPhone bases, Pagers etc. in the immediate vicinity. I guess its a popular area for RF

If you have any queries E-mail me 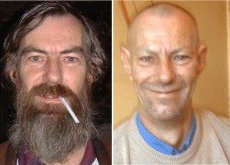